So naturally we are in favour of these proposed reforms to the Reform. But where we differ from Mr. Schaeffer's writings is that we don't think the Catholic Church is to blame for the problem of Secular Humanism.

In his last days, Frances A. Schaeffer came closer and closer to converting to Catholicism. His last book was called "The Great Evangelical Disaster."

Listen to this recording of his son Frank talk about his father's change of heart towards the Catholic Church. Click here.

His son Frank converted to the Orthodox Church in the early 90's. That is about as close as you can get to Catholic.

This does not surprise us because Francis Schaeffer's call to Evangelicals was very Catholic in its approach, despite his anti-Catholicism.

In almost every Evangelical church I've been to, there are abundant framed photos of waterfalls, green fields, sunset skies, butterflies and birds. Evangelicals love God's creation. Francis Schaeffer is calling Evangelicals to return to art. He is saying that it should not be "religious art" because God is in everything. This leads to tons of pictures of nature which in some ways is humanistic, it is honouring God's creation as it can be perceived through the senses. Which doesn't bother us in the least. Consider this statement by Makoto Fujimora of the Truth Project.

The [Evangelical] Church may have left the arts, God did not. Biblically speaking the Church needs to be a source of creativity. Because we left culture to people who do not know christ, We left it empty and the vacuum [that is] there we are paying for right now. Christians need to be seen as a creative force that the world sees as "Hey, if I want to be an artist, I'll go to church because that's where creativity thrives." Makoto Fujimora, Focus on the Family, The Truth Project. (Visual artist.)

This is based on Schaeffer's position that Christianity should take whatever is good in art from the secular realm and use it for the Kingdom because that is where it came from in the first place. This is also what some of art did in the Catholic Church did during the Middle Ages. (Naturally imperfectly) It’s practicality and scientific approach stamped out much of the superstition that was found among the common people of the middle ages who could not explain this world any other way.

Modern Evangelicals embrace worships songs about nature,
and big beautiful photographs of nature. This is a kind of humanism which is fine.

These are just a few of the great worship Evangelical songs. A quick look at the top 100 worship songs will yield an abundance of songs about the mountains, streams, rivers, stars, flowers and other humanistic themes. Evangelicals love nature. This is the same kind of thing that the Catholic theologian Erasmus was doing when he fathered religious humanism and inspired Martin Luther. There is nothing whatever the matter with saying that we can discover some of the characteristics of God by looking at his creation. This is what humanism was about. It needs to be distinguished from secular humanism which mocks God.

I (Hugh) was brought to tears in the little town of Cerbère, in the south of France when I witnessed a gorgeous sunrise. 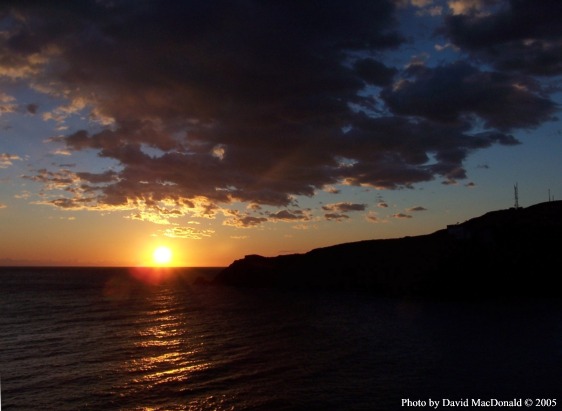 It was the beauty of God's creation. I took this photo and was in tears at the beauty of God that I witnessed. The world is God's artwork and it is beautiful. And he made it beautiful for exactly that reason, as a gift to us.

Science is not a bad thing. The middle ages provided a basis for scientific inquiry that was not considered earlier, where there was much superstition among the peasants. Most certainly some of the humanists went too far, and Catholicism produced its fair share of humanists. But it is easy to find these same excesses among Protestant countries after the Reformation. I was baptized Presbyterian, but I did not know God until I had a personal encounter with him at 28 years old. So I don’t think it would be fair to blame the Presbyterian denomination for my sins before I knew Christ. The same is true for some bad Catholics during the Renaissance.

If we take the position that is proposed by Catholic and many Evangelicals we get a purifying context to Science. 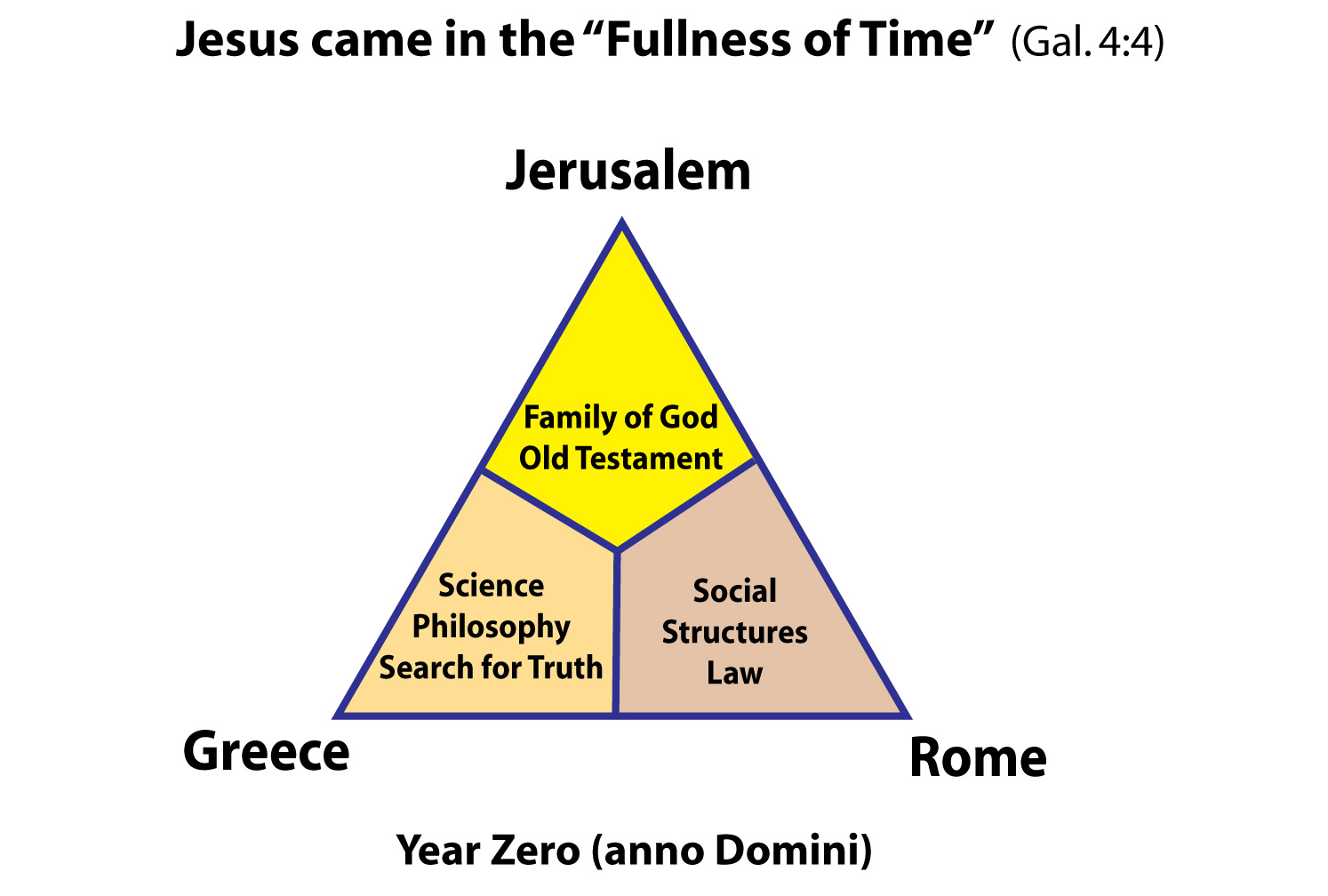 From Jerusalem we understand that man is created to have dominion over all the earth, to know and understand the created order. In Greece we find the beginning of science and the organization of philosophy into various disciplines. From Rome we find the application of that knowledge in public works for public law, with limits codified in law. With all of these in combination, faith and reason find there complimenting balance and we become fit citizens of the new Jerusalem.

The Church was very hard on humanistic teachings that they believed went against the Bible. Hence, they rejected Galileo because the Psalms said the Earth was “immovable”. At that time they could not reconcile Galileo’s assertion that the world was moving with Scripture saying that the Earth was immovable. At the very least This shows that the Church was not jumping on the humanistic bandwagon. The Church always considered Scripture to be superior to human scientific inquiry. Obviously in this case they had to eat humble pie, and science did purify religion. But the important thing was that they gave prominence to Scripture (the Word of God) over humanistic science (the assertions of man’s observations). More about Galileo here. It should be noted that Martin Luther and all the other reformers also rejected Copernicus.

The progressive development of Theology

These are just two of hundreds of aspects of our faith which are reliant on the Holy spirit working through God's people. Those who think that there should be no development of Christianity in a systematic, theological framework, might as well throw out their Bibles, because that is how the Bible came to us. A history of the Bible is here.

The Bible didn't drop out of the sky spiral bound with an NIV sticker on it.

Praise and worship music with drums and guitar is part of the development of Christianity. They never had that kind of music in the first centuries. Amplifiers, Bible studies, English Bibles, youth rallies, Christian rock concerts, the use of media and a gazillion other great things are all part of the development of Christianity. The Reformation itself, which is a recurring theme in Mr. Schaeffer's works, is part of the evolution of theology. It introduced concepts such as sola Scriptura, that were never before con sided by Christianity. The Church Fathers of the first centuries didn't even have the Bible as we know it.

To say that there should be no development of Christianity would mean we would have to throw out the Bible, the trinity, praise and worship music, and a bunch of other stuff that has been of service to Jesus.

In summary, we say to Evangelicals, by all means listen to Schaeffer's call to action, and join us in our assertion that morals are absolute values that are defined by God and articulated in the Holy Bible. Join us and let’s get involved in politics together. Evangelicals and faithful Catholics alike voted against John Kerry who wanted to gut marriage and legalize human cloning experimentation. Join us in our fight against abortion and euthanasia.

Let’s fight together against secular humanism and stop pointing fingers at each other as to its roots.  I say "join us in taking back art into the Christian realm". And we also say let us embrace together the roots of Christian theology which are found in the apostle John's writings in the book of Revelation, which was embraced by the earliest Christians and which was embraced by the Protestant and reformers and Catholics alike, who unanimously revered Augustine and Aquinas as the greatest pillars in Christian thought. If anything has laid a foundation for the current rise of Human Secularism, it is the lack of unity and resolve found among Christians of all denominations to work together in the name of Christ. So let's come together and fight this thing.

The rest of this series of articles