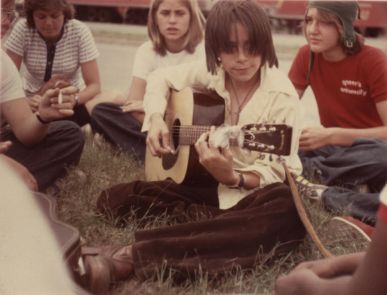 I grew up in Canada, with the belief that hard work, talent and luck were the keys to success. I didn't believe in God. At 13 years old, I sang lead in "Joseph: the Amazing Technicolor Dream Coat" at my school. It was kind of ironic that it was a Bible story. There were huge cheers from the crowd after I finished singing, which I confused with the love and acceptance that I longed for. From that moment, I knew I wanted to spend the rest of my life getting that feeling. My love of music and craving for attention led to long hours of practice. Photo right: Hugh at 13 years old.

I began touring Quebec with a well know French singer, followed by six months performing in Club Med, Bahamas. I landed in New York at 19 years old and through a series of events I ended up producing "hip hop" music in Harlem for Jack Taylor's Tayster/Rojac label. They called me the "Mighty Whitey" (pronounced "Madday Whadday"). This led to co-producing a Billboard feature pick for CBS Records called "Prep Rap" and an appearance on NBC TV. 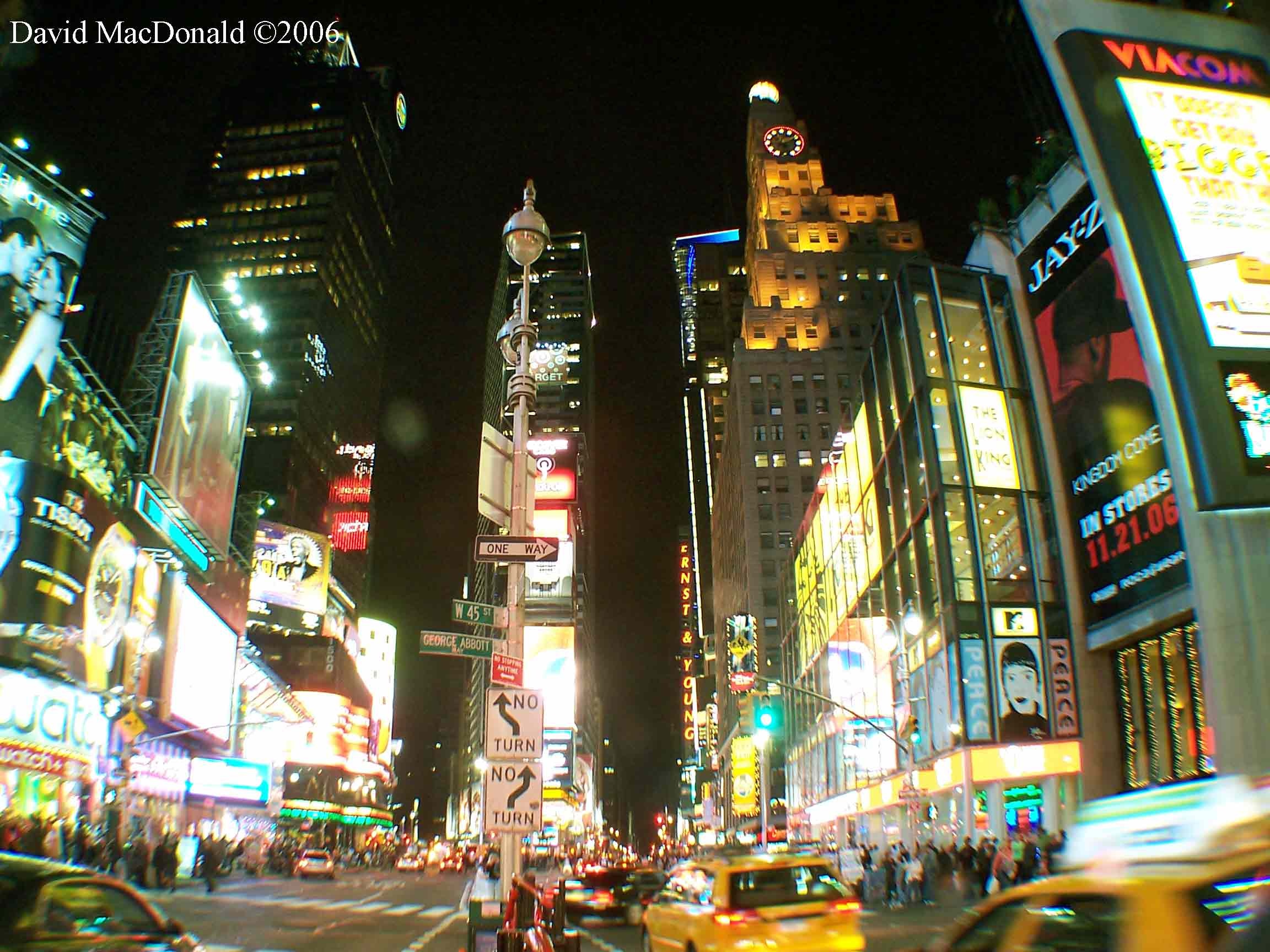 At 21, my career took off. I was cast in a Broadway show, followed by co-starring roles in movies for Paramount and Columbia Pictures, Nintendo and Levis TV commercials. I was the Rock & Roll Cat in the US National Tour of "Cats". Photo below: NY Times, first Broadway show, Hugh in the centre. 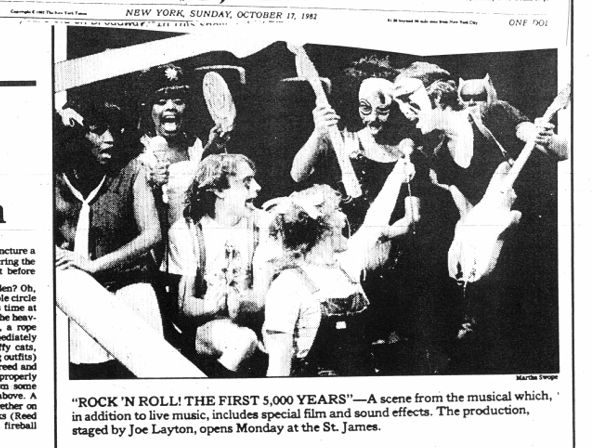 I was at parties with people I'd seen on TV, and it seemed like a dream world. I didn't realise how selfish my approach to living was, and how it was undermining my integrity. After about four years, things began to unravel. I found myself in a world of drugs, bulimia, and promiscuity. An unwanted pregnancy ended in abortion. Soon after, my life came crashing down around me. I injured my voice at 24 years old and couldn't talk for three years. I lost everything and hopelessness engulfed me.

I tried many things to fill the emptiness and to get "back on track". The New Age was popular in New York and Hollywood. Also, years of being in the heart of the entertainment world as the "straight one" led me to question myself and I ended up in a "coming out right" group. At first it all felt very liberating. The gay community seemed really welcoming, and I was learning in the New Age that there is a spirit world, which was intriguing. But within a year and a half, these two movements dovetailed to become a double edged sword that almost destroyed me. The more I tried to identify with the gay community, the worse things got, and as I became entrenched in the New Age movement, I fell into greater emptiness than ever. 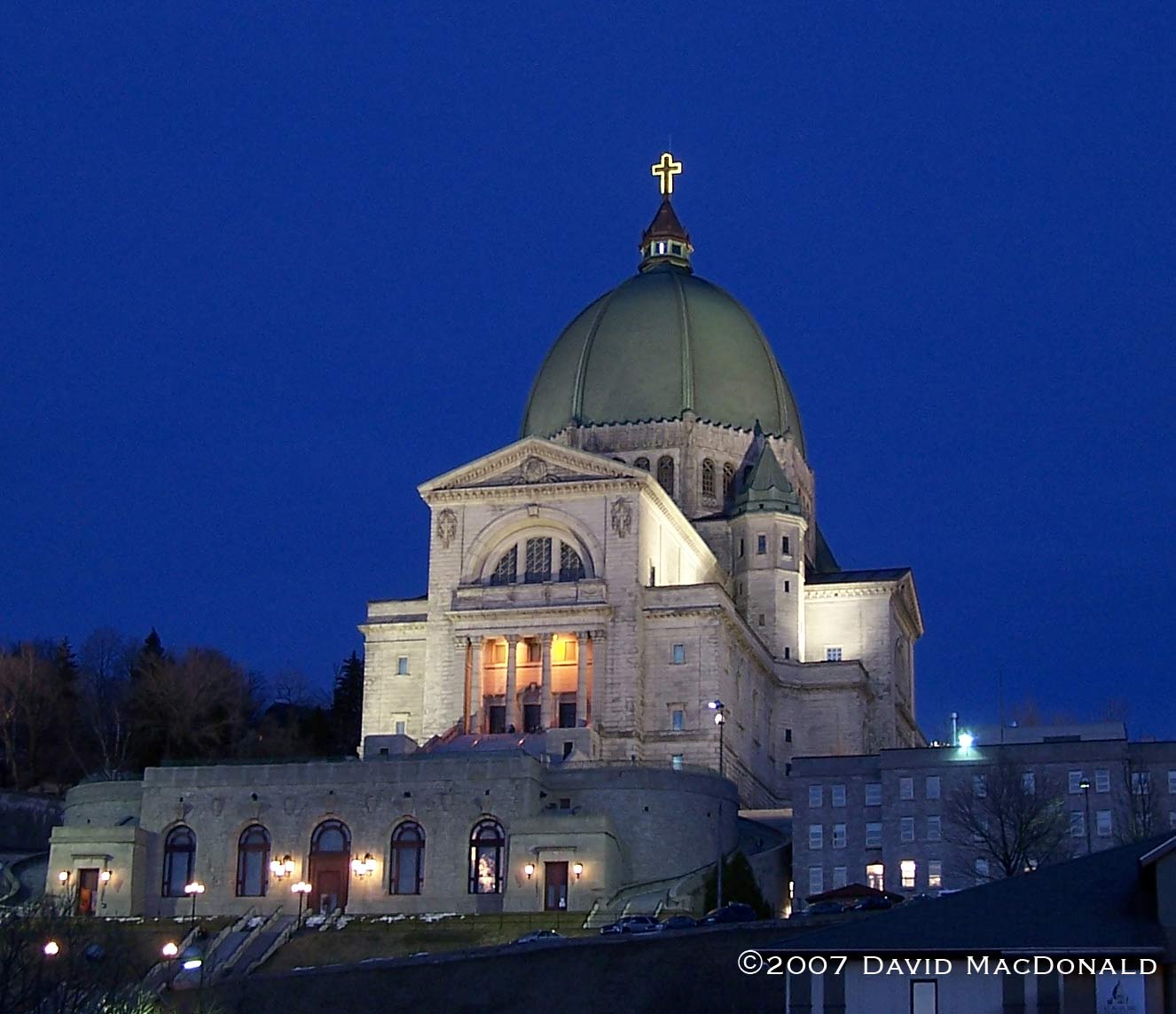 I grew up thinking the Church was "a stone cold building full of hypocrites", but in August 1988, I wandered into St Joseph's Oratory, a Church in Montreal. I felt very moved, and went to the upper floor which was empty. The lights were off, except a soft spot light on the Cross. In a moment of clarity, I lay down on my face in front of the Cross, and told Jesus how very sorry I was that I had made such a mess of things. Then I gave him complete permission to take my will and my life. I immediately felt a complete shift deep within, like a great yoke had been lifted off my back. (photo: Montreal, where I surrendered to God)

My life cleaned up after and I felt God calling me away from both the New Age movement and the same sex community. My eating also healed. I never went back to drinking or drugs. I cannot express how grateful I am to be out of all of that for over 30 years now. Thank you Jesus for the freedom and clarity.

I went to university, got a business degree and started working with technology to help people with disabilities. It was a life infused with prayer and hard work. I never thought I'd play music again. I was confirmed Catholic in 1995. (My family had been non-practicing Presbyterians)

Over the years, my voice slowly improved. On a healing Christian retreat I wrote a song, and through a series of unlikely "coincidences," I ended up with a CD that was getting airplay on Christian radio. This led to touring and speaking to young people about choosing chastity, defending the unborn, and encouraging them to have a personal encounter with Jesus. I wanted to help young people avoid the mistakes I had made. I was at large Evangelical festivals, churches of all denominations, and at Catholic and Evangelical high schools.

I hadn't realized there were divisions among people who loved Jesus. I was cancelled from opening for the group "Avalon" when the promoters learned I was Catholic. My bass player Dennis, who was an Evangelical pastor, refused to play at a large Polish Catholic festival with me because he could not "in good conscience embrace the doctrine." I decided to learn more about my Catholic faith and Dennis and I emailed back and forth for a year to answer his questions. It surprised me when he, and his wife Angelina, converted to the Catholic Church. Our correspondence became the genesis of CatholicBridge.com.

I became friends with Diane in 2007. She was part of an Evangelical prayer ministry. She was introduced because she had questions about the Catholic Church. I was really drawn to her beauty and her faithful life of love, prayer and obedience to Jesus. I witnessed her incredible journey as she followed her love of the Eucharist, which eventually led to her confirmation in the Catholic Church. 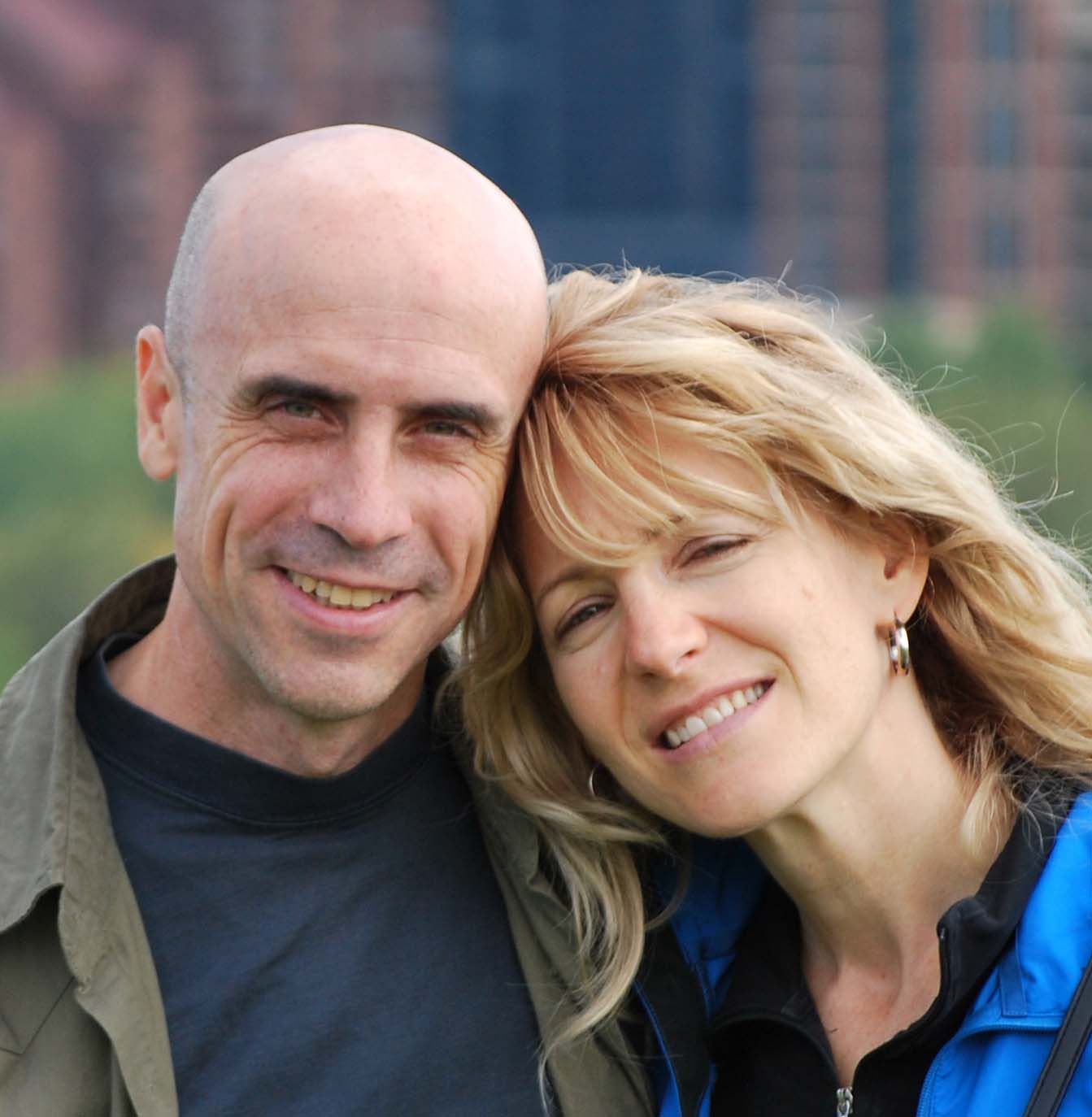 During a trip to the Holy Land, I went to the Church of the Annunciation in Nazareth, the pilgrimage site where tradition holds that Mary said "yes" to the Archangel Gabriel (Lk 1:26). While praying quietly, I experienced a rare moment, where I believe the Mother of Jesus, invited me to pursue marriage with Diane. It felt so good to finally admit I was in love with Diane from the depth of my being. But it confused me, because I had a busy touring schedule. I was on and off planes, and I was living a single celibate life which I thought was supposed to be my path. However, several months later, after playing in Australia for World Youth Day, I re-injured my voice during concerts in India. My ministry came to a halt. I returned to Canada. My love for Diane grew and grew. I couldn't escape it any longer. It turns out she was having similar feelings, and her prayer life and dreams were leading her to the same place. I proposed during a "life and family" weekend and after a 15 month engagement, in which we stayed chaste and lived the teachings of the Church on matrimony, we were married January 1, 2011.

After 5 years of marriage God gave us a tremendous gift. We had an "au natural" pregnancy with no medical intervention, at this late stage in our lives. The obstetrician said in 35 years he'd never seen an "au Natural" pregnancy at this age. We have a beautiful and healthy daughter "Adessa Marie". Today she's 2 years old and developing healthy and normal. I work with people with disabilities, which I love. God never ceases to amaze me with his plans. We have no idea of what the Lord wants to do with us, but we hope and pray that we will be faithful to him for as long as we live. 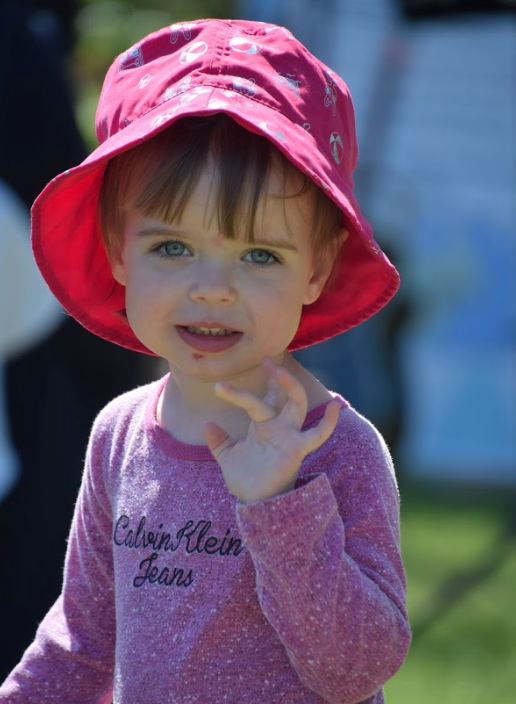