Is an LBGT sexual orientation "intrinsically disordered"?
Fr. James Martin wants it removed from the Catechism

Is intrinsically disordered a "hurtful" and "cruel" term?

In 2019, Fr. James Martin met Pope Francis to remove the term "intrinsically disordered" from the Catechism paragraph 2357. In his book "Building a Bridge" he says:

“The phrase [intrinsically disordered] relates to the orientation, not the person, but it is still needlessly hurtful. (pp. 46-47).

I was an "out of the closet", letter writing, pride marching, member of the LBGTQ community. I was accepted and loved by my secular family and friends.

Then I had an encounter with Jesus that I could not refute. I eventually became a Catholic and was interviewed on the BBC.

The term "intrinsically disordered" would only be hurtful if we saw same sex attraction as a good thing to pursue and celebrate, and that is the crux of the difference between the mind of Fr. Martin and the mind of the Church.

I personally experienced the Lord calling me out of the LGBT community. This was long before I became Catholic and before the 1994 Catechism was written. I have seen the good fruit of that decision. It is not "internalized homophobia" to abstain from unnatural sex. It is the powerful and loving hand of God. The LBGTQ community has a set of tenets which people who hang out in the LBGT community are obliged to accept. This vision is incompatible with the Catholic vision for a healthy life.

Is our sexual orientation one of the deepest parts of us?

our sexual orientation is "... one of the deepest parts of a person — the part that gives and receives love ...”. 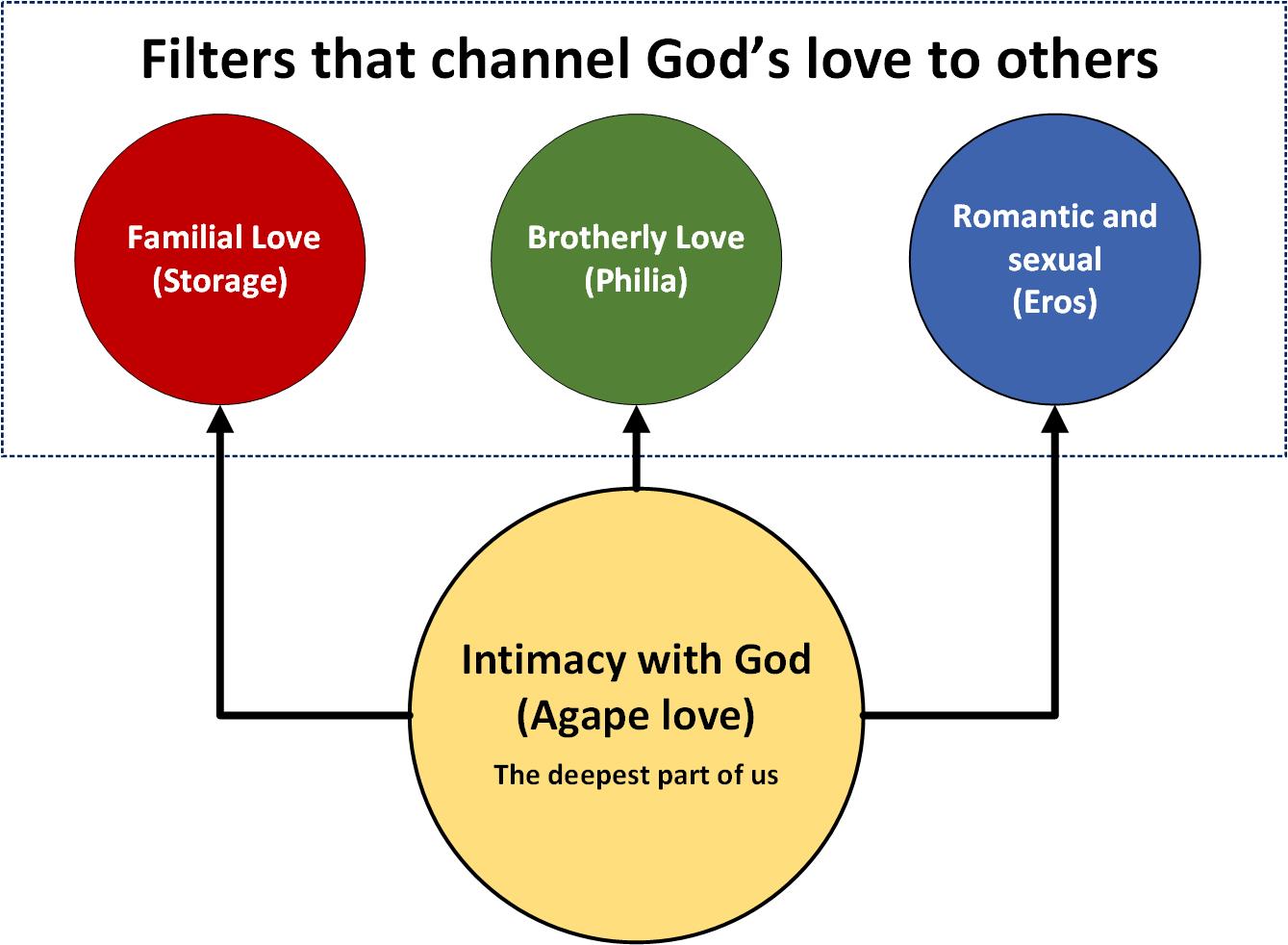 Any disordered affections that interfere with our spiritual orientation and its call to chastity are obstacles to our spiritual journey. If Eros is disordered, then although it can be a trial, God's love can be channeled another ways through Philia and Storage.

By the virtues of self-mastery that teach them inner freedom, at times by the support of disinterested friendship, by prayer and sacramental grace, they [same sex attracted people] can and should gradually and resolutely approach Christian perfection. (Catechism 2357-2359)

Did God wonderfully create people with an LBGT identity?

God made you this way [LBGT]. You are wonderfully made just like Psalm 139 says you were knit together in your mother’s womb … this way. This is a part of your identity

While we appreciate that each of us is wonderfully made in the likeness of God, Fr. Martin is conflating God's active will and passive will. Our "all powerful" God allows factors (nurture and/or nature) that form our attractions just like he allows some people to have depression, etc. Life is messy because of original sin, free will, and many other factors. The purpose of these challenges is so that we may become saints through the amazing choices we make in the face of adversity. Paul comfortingly reminds us:

No temptation has overtaken you that is not common to man. God is faithful, and he will not let you be tempted beyond your strength, but with the temptation will also provide the way of escape, that you may be able to endure it. ... And such were some of you. But you were washed, you were sanctified, you were justified in the name of the Lord Jesus Christ and by the Spirit of our God.(1 Cor. 10:13).

To assert it is God's active will to create someone with same sex attraction would mean that God willed something that he has forbidden in the Bible. This would make the Christian faith contradict itself.

What does Fr. Martin want to put in the place of "intrinsically disordered?

In a recent interview, he called for the use of the replacement phrase “differently ordered.” This would be a rupture with the Christian faith of our fathers. It could not possibly be interpreted as a hermeneutic of continuity. It would mean that God created two different orders of sexual behavior that are both good and right according to his will (gay and straight).

What does intrinsically disordered mean?

Putting the two together we get something like the following:

"The essential nature of homosexual acts is that they don't function in a normal orderly healthy way."

This is objectively true:

"Now that we can get married everyone assumes that we don't have any issues ... A lot of the deaths that occur in our community are hidden ... Those of us who are working on the front lines see them and I'm tired of watching my community die."

For the exact quotes, please see pages 3 and 4 of the HRC complaint.

These statistics are a tragedy. Some say the cause of these stats is that gay men have delayed adolescence as a result of "coming out" late (i.e., in their 30's). They ask "Does your gay age match your chronological age?"  However, there is no indication that it slows down after 5 years of coming out as when adolescents grow out of their teens. In places like San Francisco and the Netherlands where gay sex is normalized stats are worse. The scientific community says discrimination alone does not account for the entire disparity in rates of anxiety, depression, suicide, substance abuse, intimate partner violence. The most effective protection against STI's is chastity, but that is generally ridiculed in the LGBTQ community as denial or religious guilt.

Obviously, we need to find a solution. We think chastity and community are the answer. We cannot have community without a serious commitment to chastity. These statistics are evidence of that. We hope the Church of the future will be welcoming and challenging to anyone with same sex attraction who want to find answers in the Church.

How does the scientific community explain same sex attraction?

Dr. Lawrence Mayer, professor of psychiatry and statistics and biostatistics at Arizona State University and Dr. Paul McHugh, psychiatrist-in-chief at Johns Hopkins Hospital in Baltimore from 1975 to 2001 wrote a series of articles called Sexuality and Gender. The Journal – The New Atlantis, (August 23, 2016).

Dr. Mayer testified in dozens of federal and state legal proceedings supporting equality and opposing discrimination for the LGBTQ Community. He says this study is an objective review of scientific inquiry. The report which reviews over 500 scientific studies determined the following were not supported by scientific evidence:

Dr. Mayer was alarmed to learn during his review of over 500 scientific articles that the LGBTQ community bears a disproportionate rate of mental health problems compared to the population as a whole.

There have been studies to which some in the LGBTQ community have pointed to "prove" people are born gay. (i.e., "INAH-3" by Simon Levay, "Twins and Other Brothers" by Bailey & Pillar, "Xq28 Genetic Markers" by Dean Hamer). However, none of these researchers has claimed "proof" of the born gay theory. Reputable researchers admit there are many problems with these studies such as small samples sizes and inconsistent results. What these studies have shown, however, is that some people, such as identical twins, who should have been gay based on the theory, were not gay.

Dr. Lisa Diamond is co-author-in-chief of ‘the American Psychological Association (APA) Handbook’ of sexuality and psychology. She is professor of developmental psychology and health psychology at the University of Utah.  She is a lesbian activist who said during a lecture at Cornell University that abundant research has now established that sexual orientation – including attraction, behaviour and self-identity – is fluid for both adolescents and adults for both genders.

Here is a classic Fulton Sheen talk about a normal and abnormal mind.

...the normal person is governed by reason and will. The abnormal person is governed by instincts, impulses and also he believes that the subconsciousness is the determinant of his life ... live[s] in a world of dreams,... [that] have tremendous meaning and they are for the most part unfulfilled sex desires ...[this is an] exaggerated belief in the sub consciousness as the determinant of rational beings ...

He then goes on to explain a healthy response to our subconscious instincts and impulses. It starts about 11:32 and should start there on play.