Photos of Holy Land: Via Dolorosa, Stations of the Cross 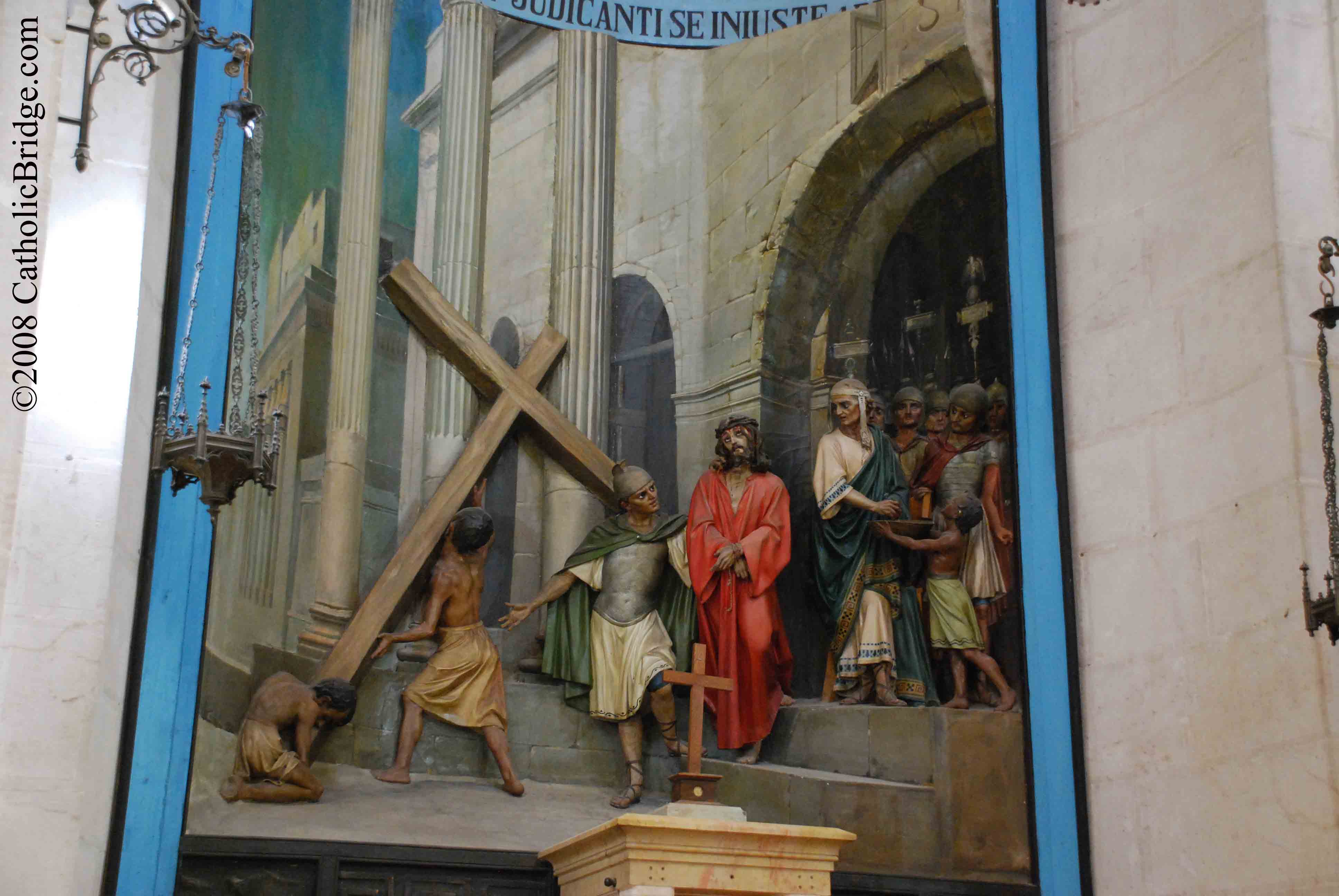 Statue/mural at the First Station, Pilate washes his hands 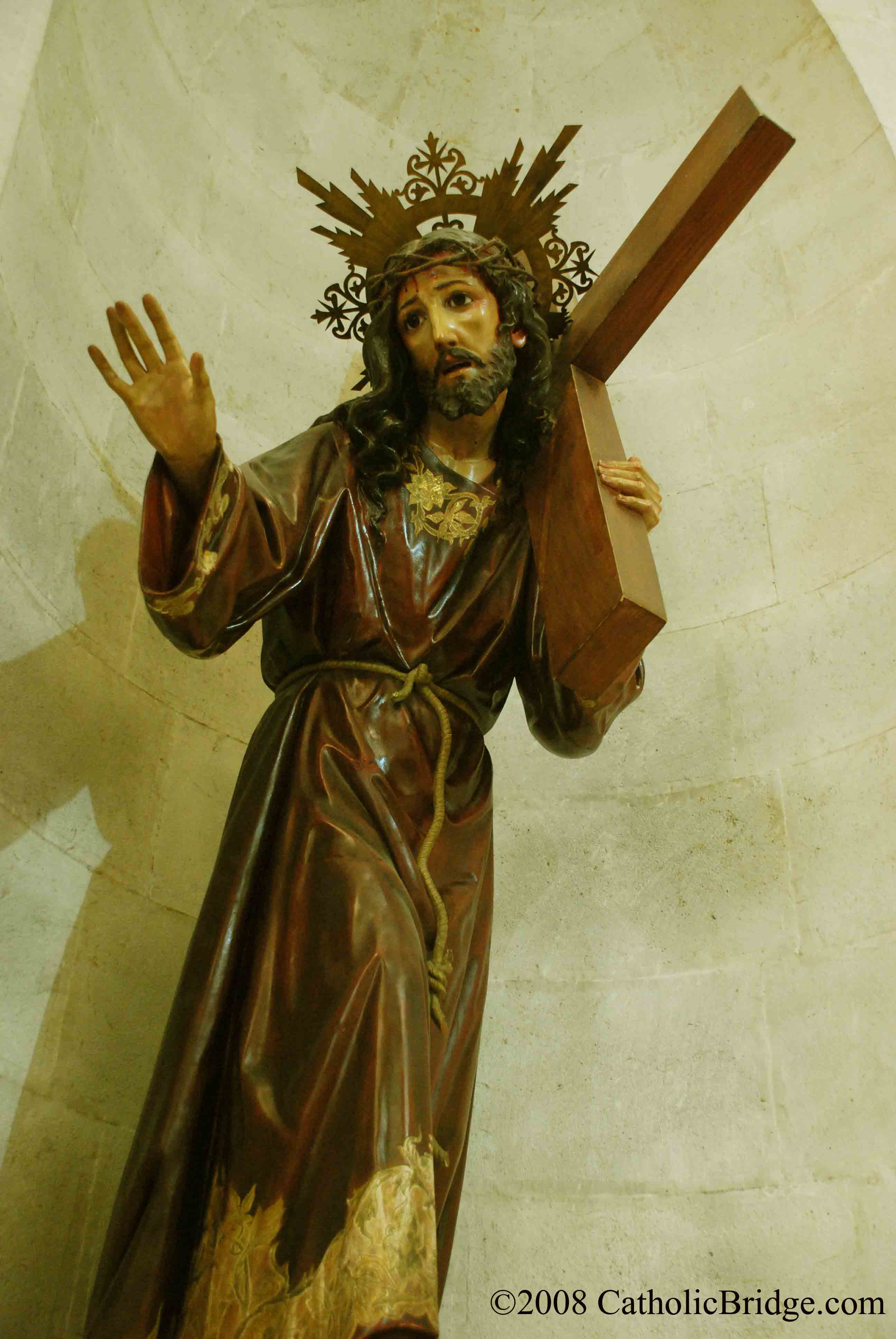 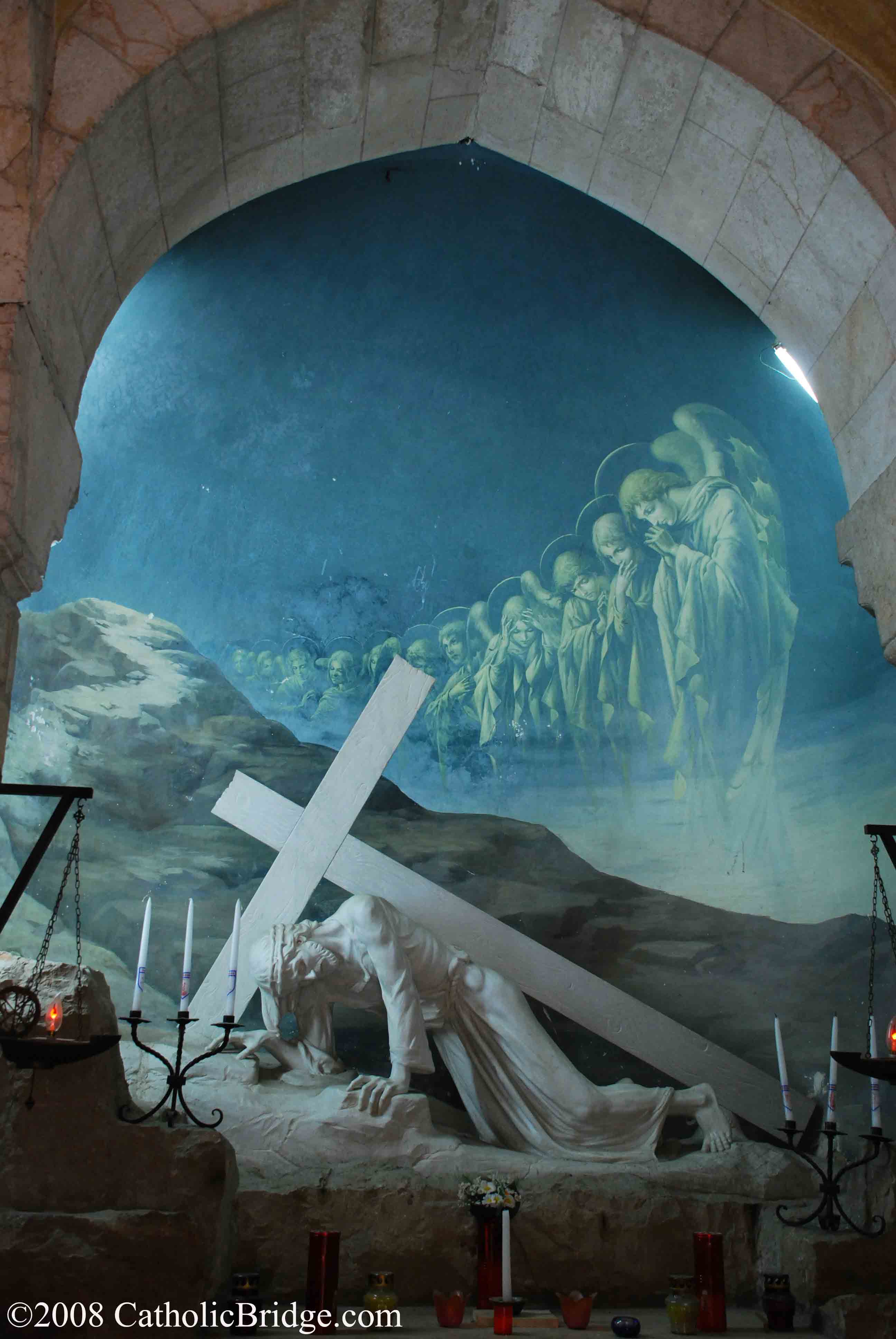 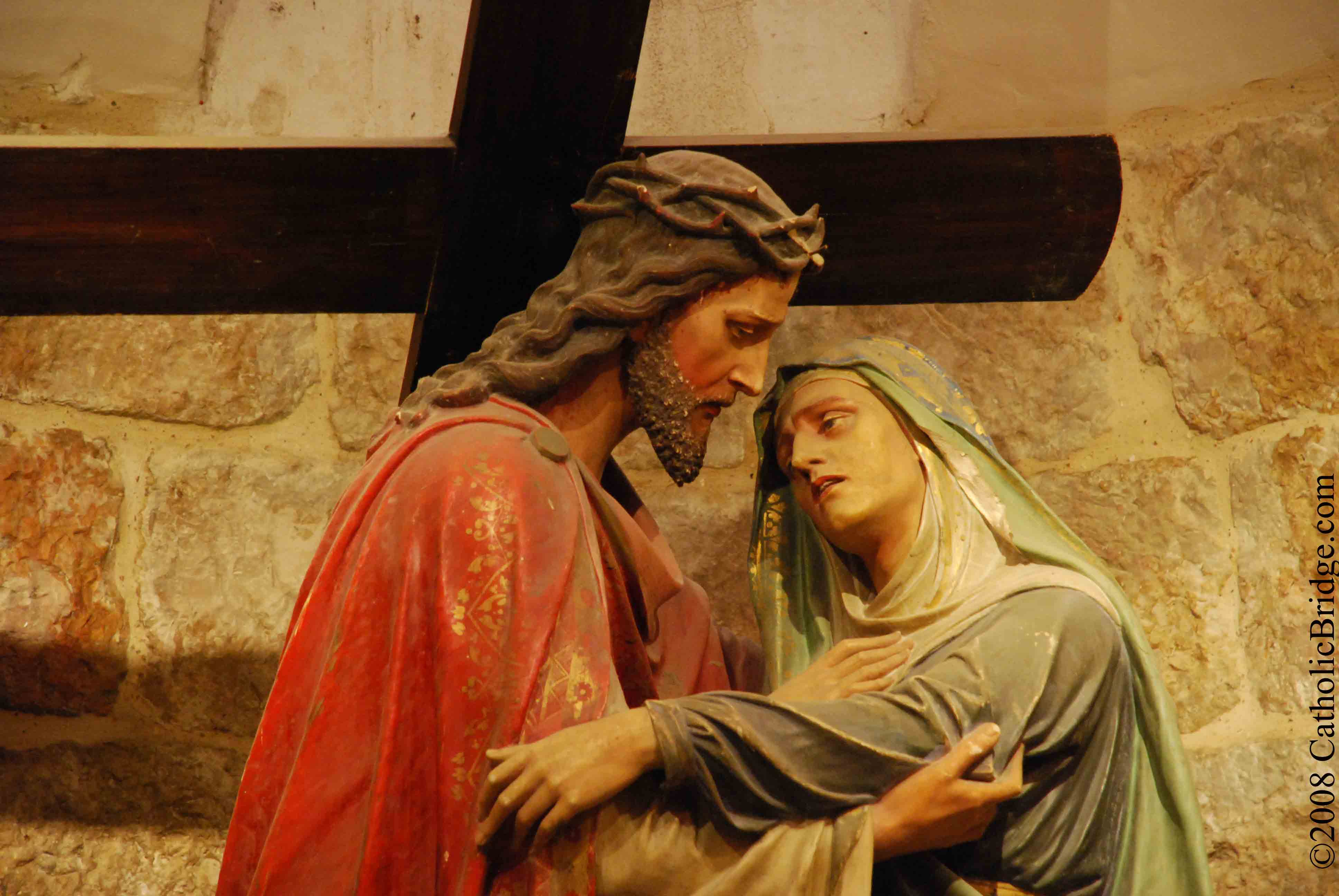 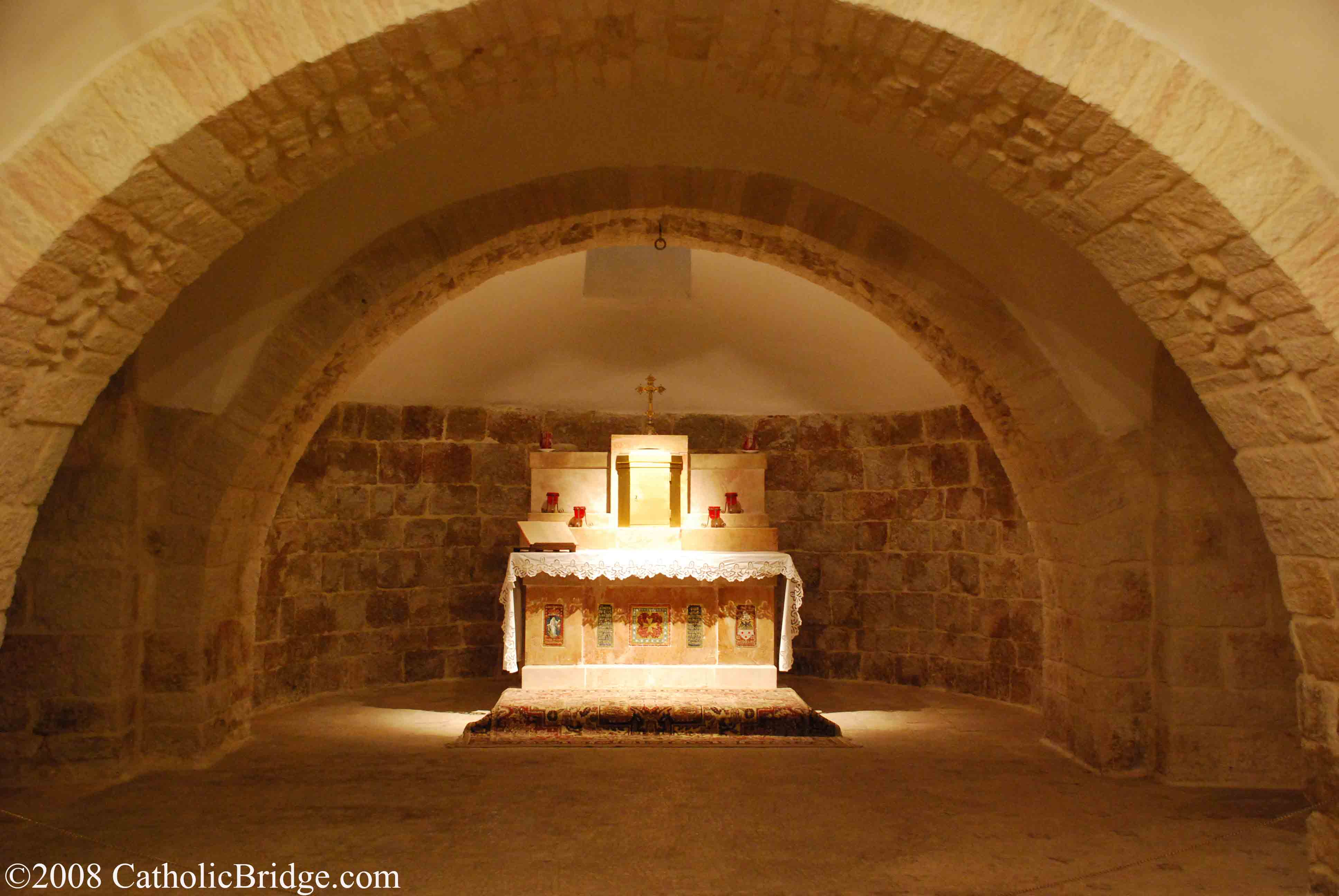 Fourth Station, the Church on the site where tradition says Jesus met his mother. 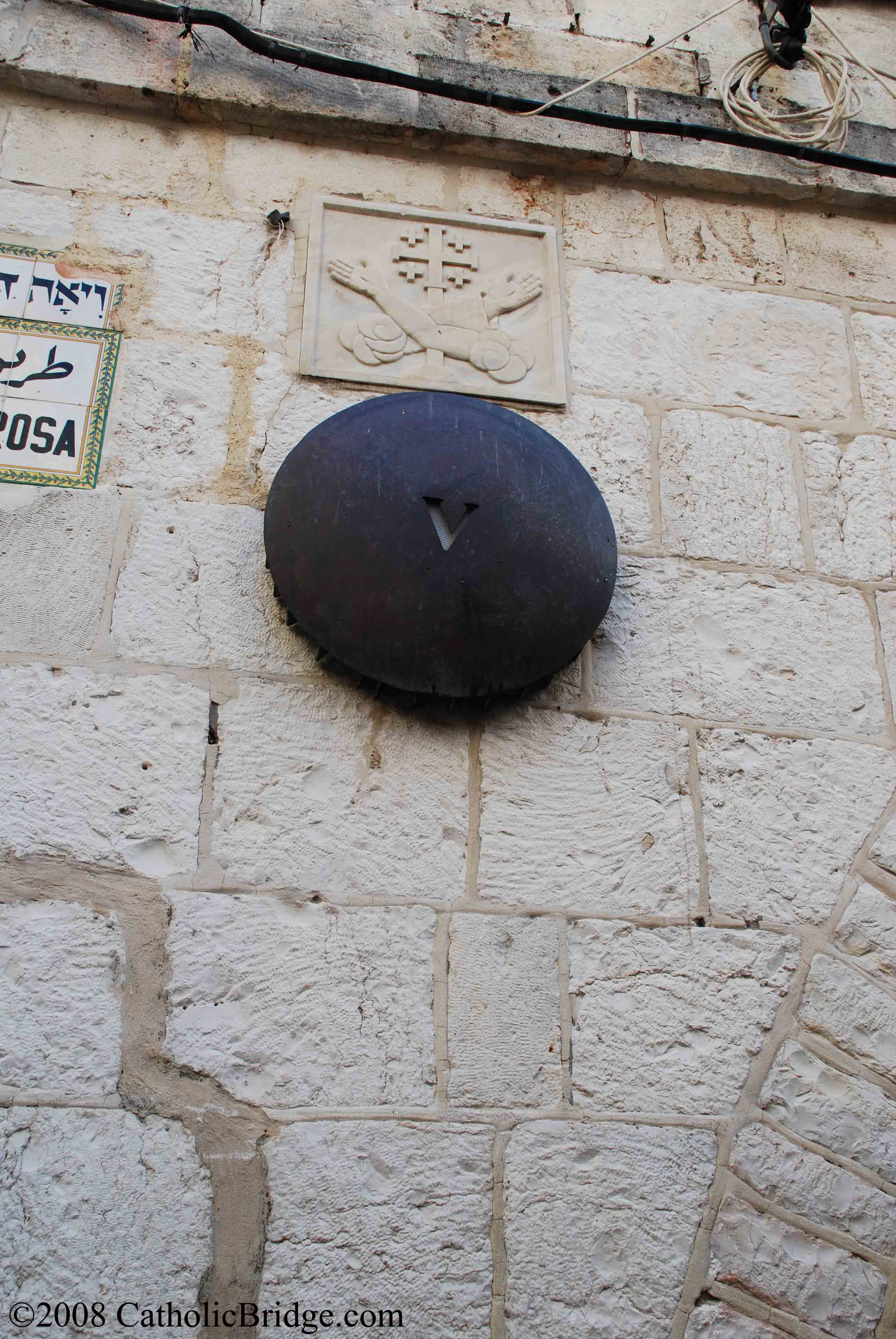 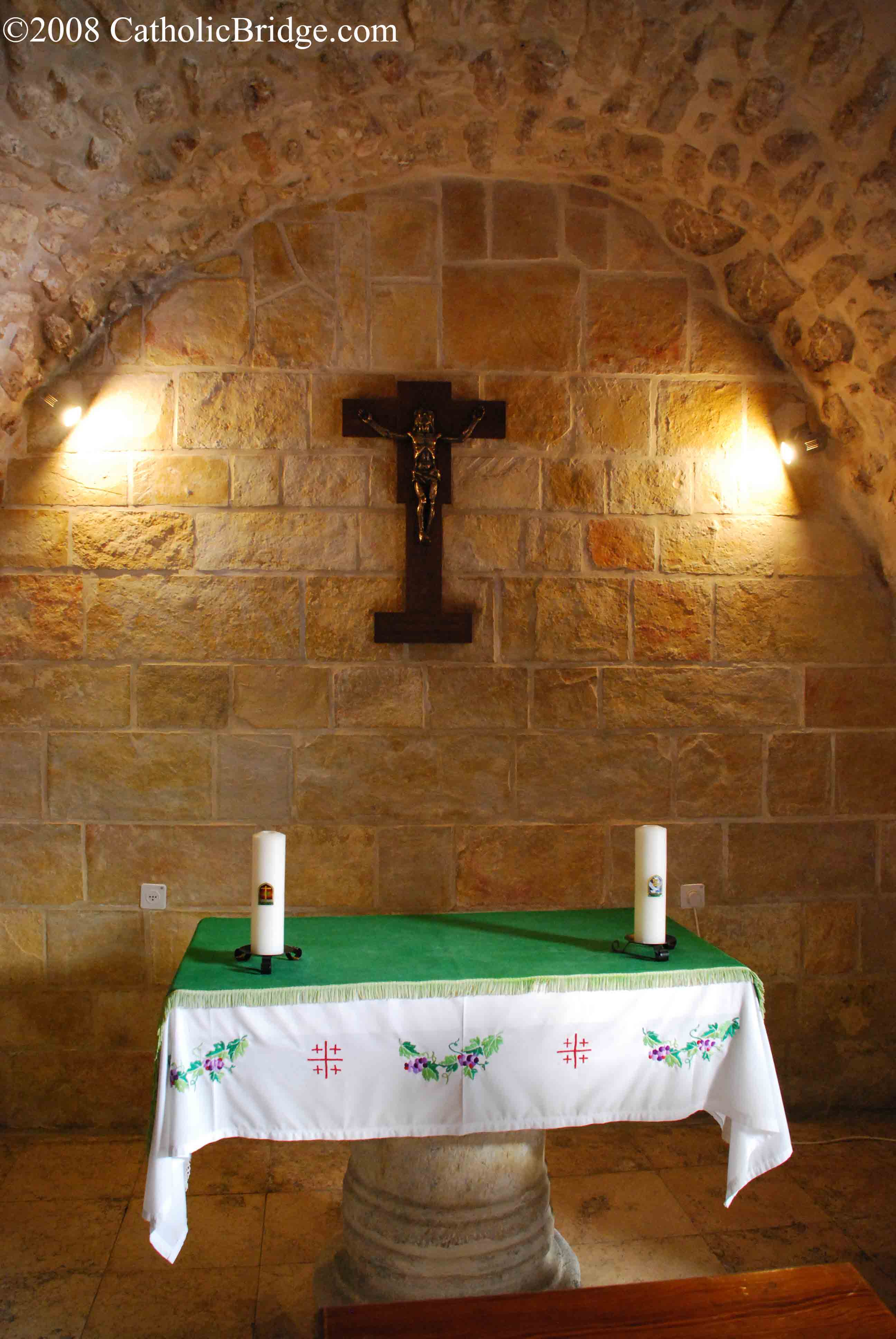 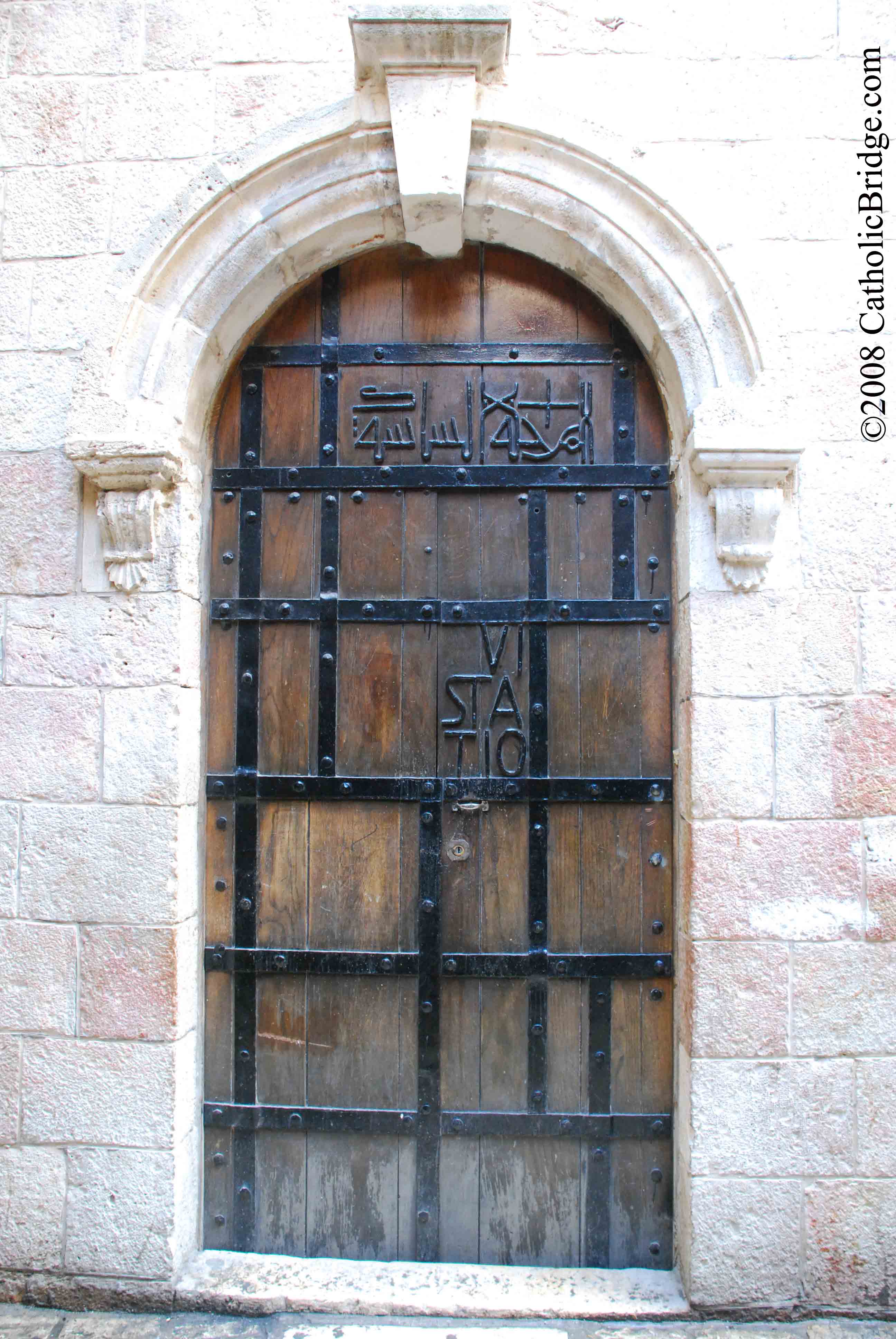 Sixth Station, the place where tradition says Veronica wiped the face of Jesus 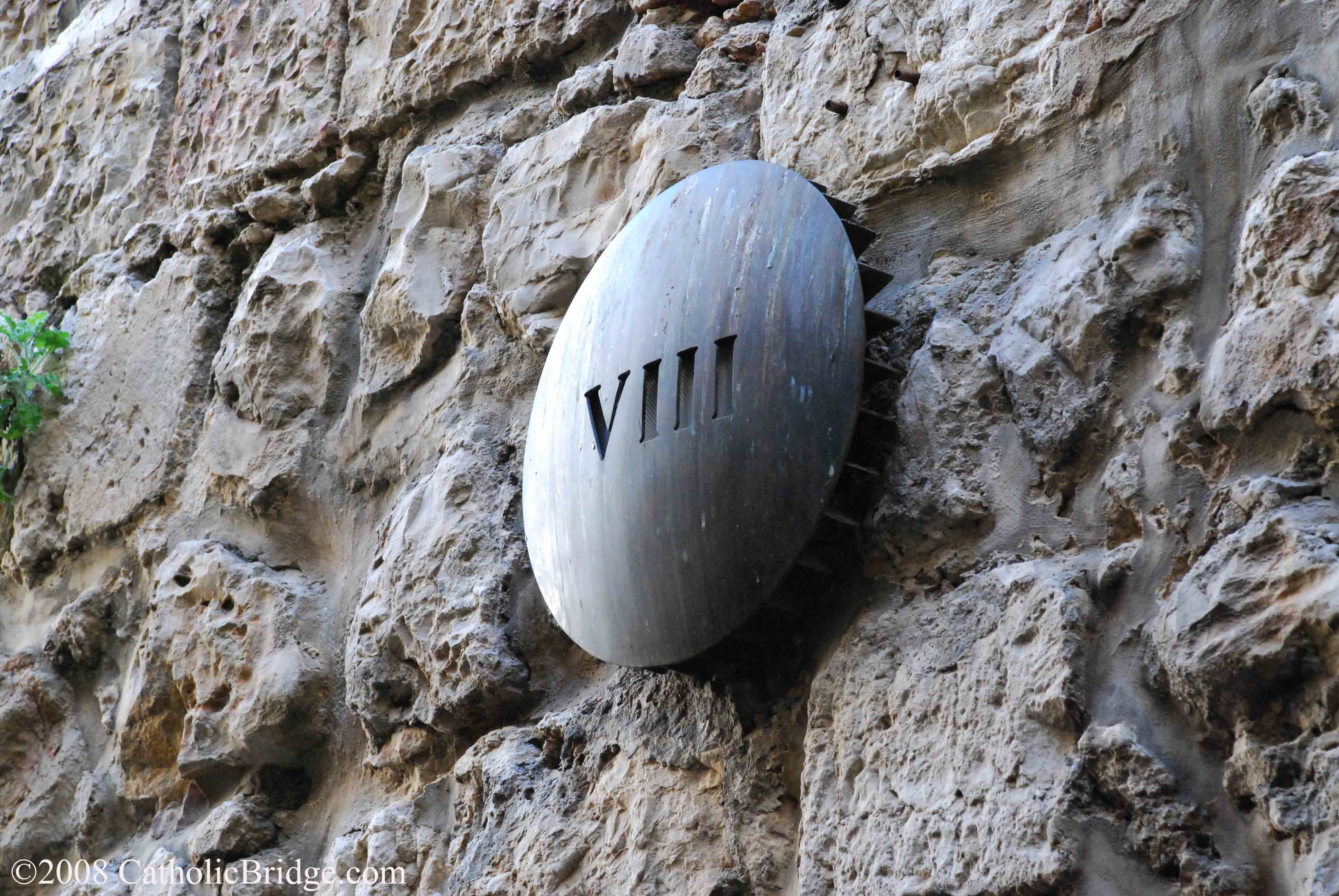 Eighth station, a great crowd of people followed him,including women who beat their breasts and lamented over him 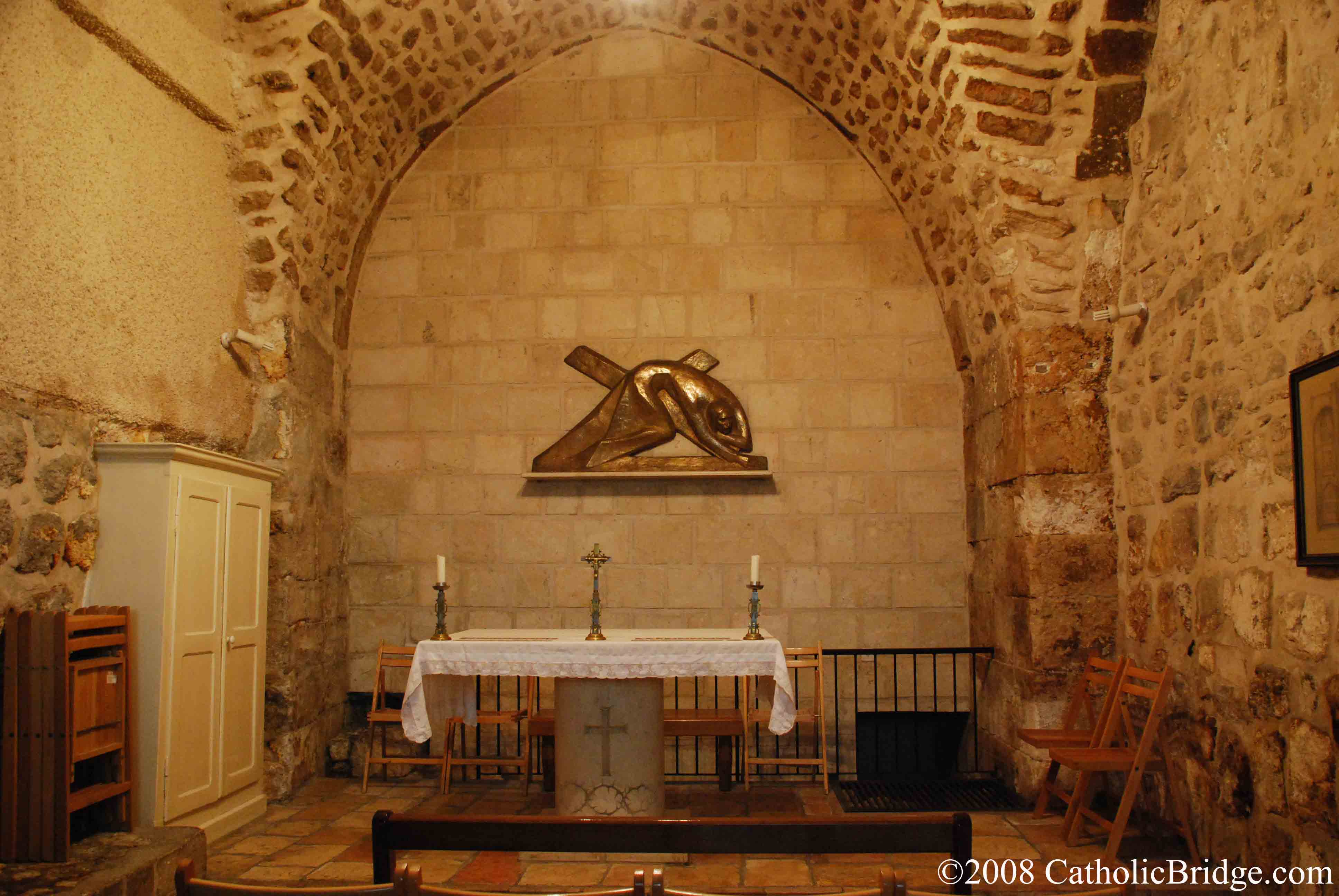 Ninth station, Church where Jesus falls for the third time 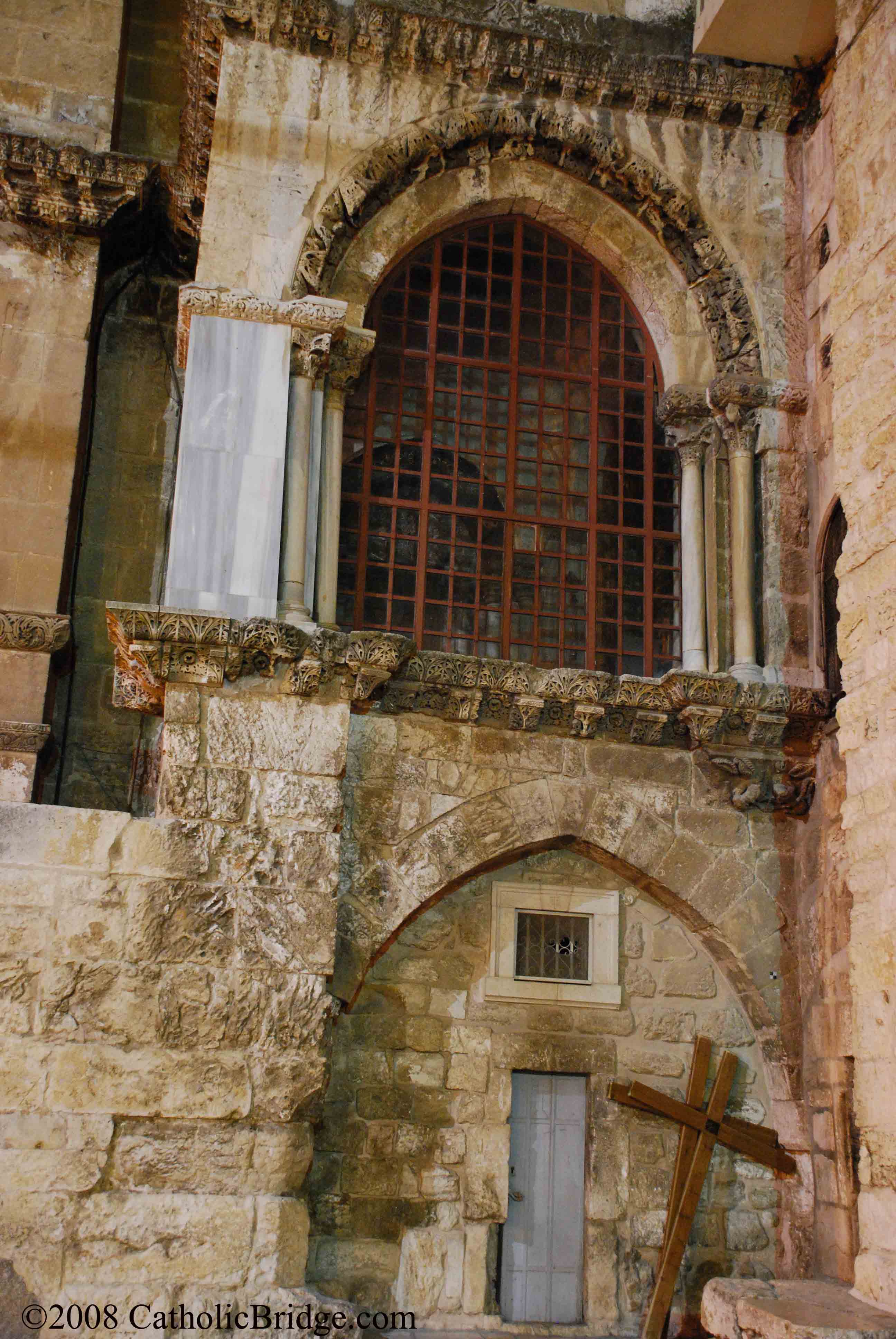 Tenth Station: Outside the Church of the Holy Sepulchre, where Jesus would have been stripped of his clothing 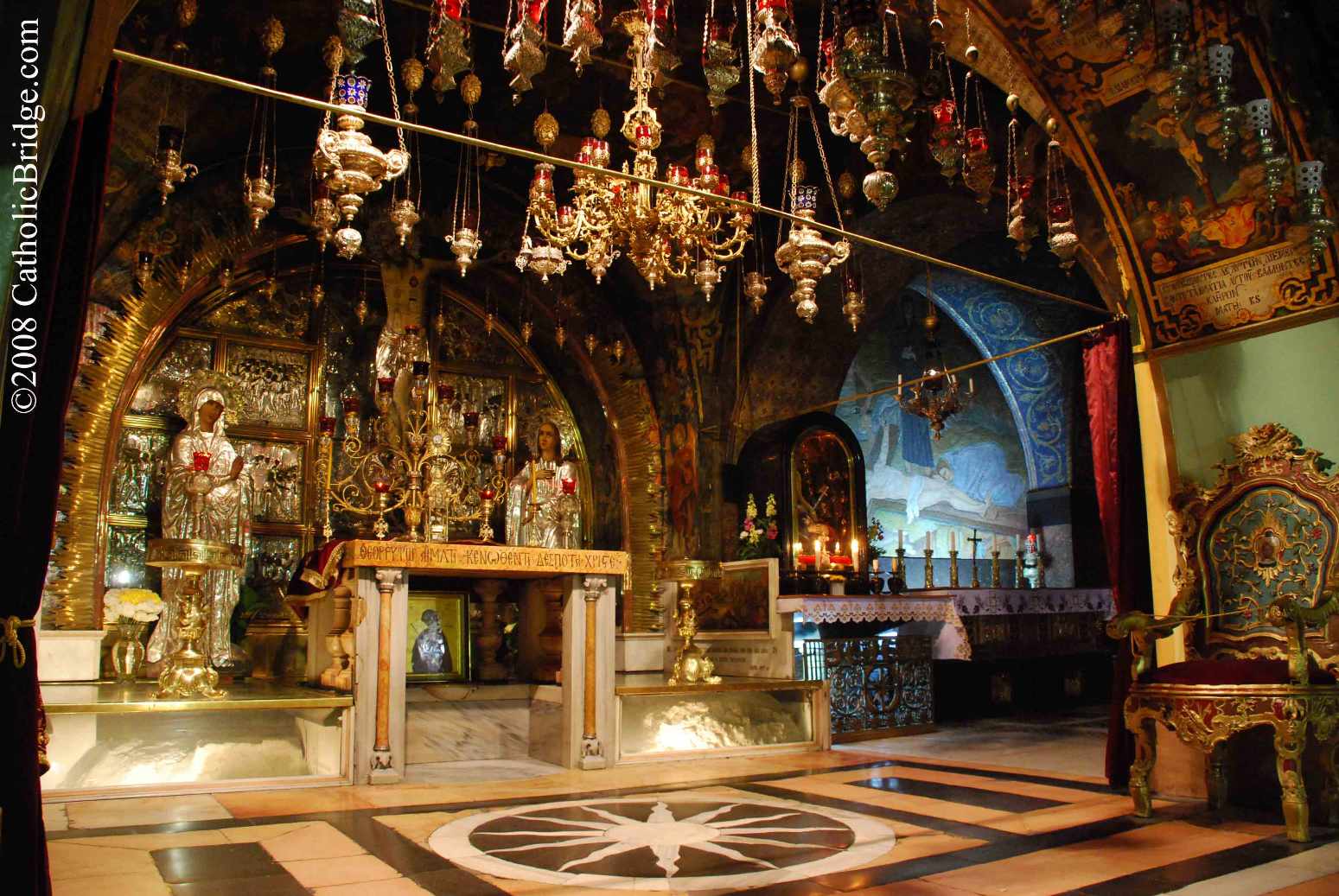 Eleventh Station: Calvary where Jesus was crucified. The rock can be seen below on each side of the altar. 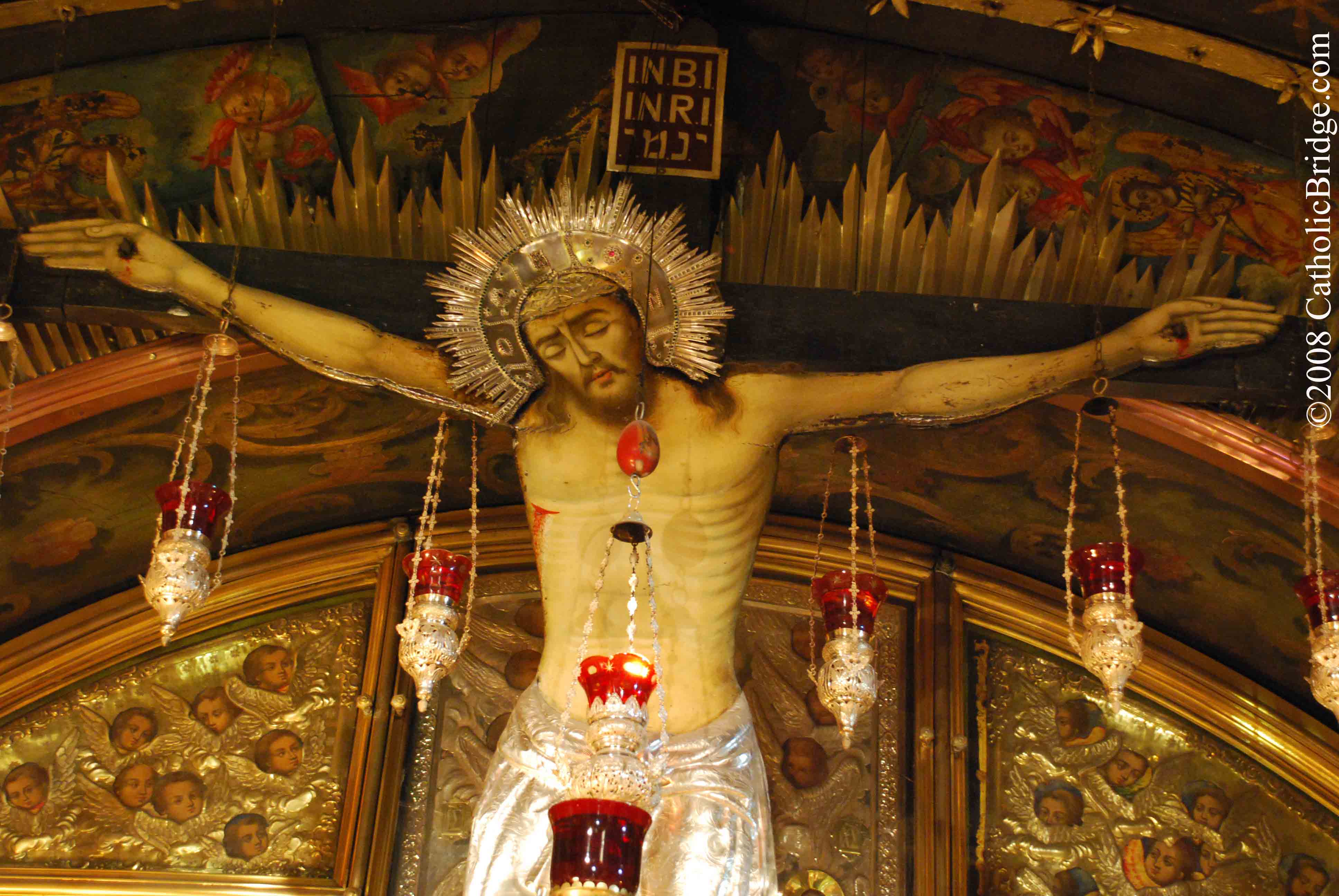 Twelfth Station: The Orthodox Icon on the site where Jesus was died 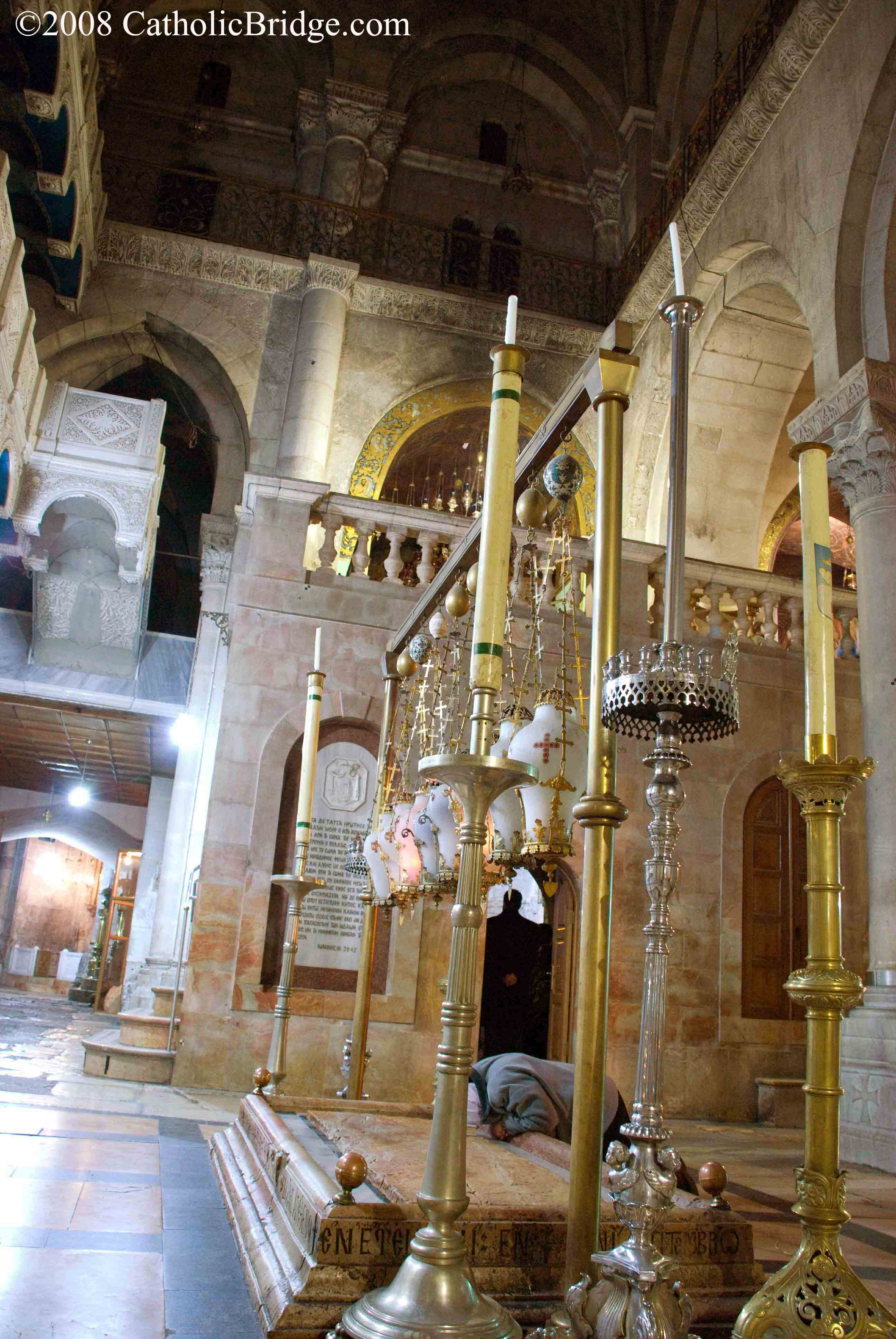 Thirteenth Station, The Anointing Stone (above and below) where Tradition says Jesus' body was prepared before being laid in the Tomb 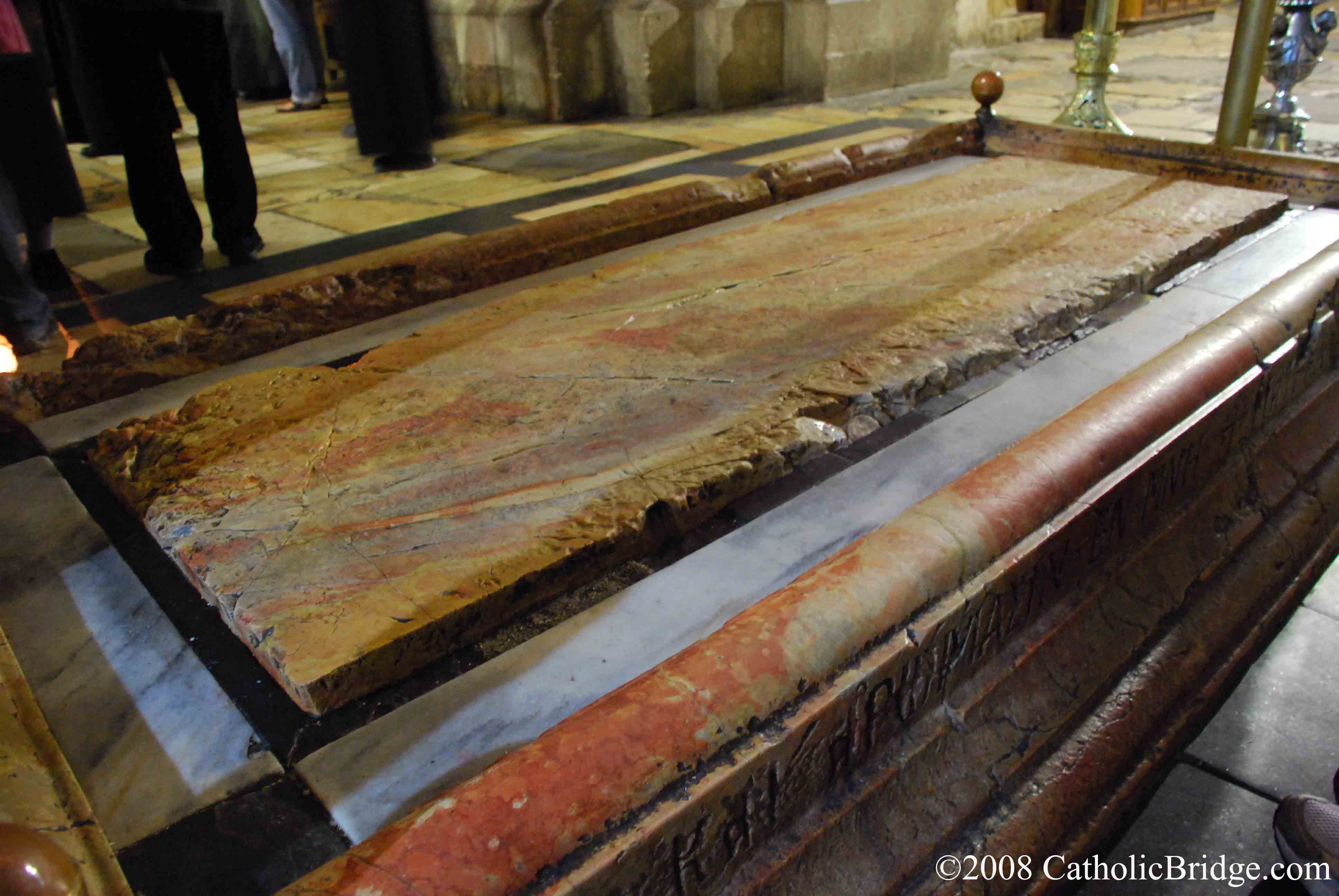 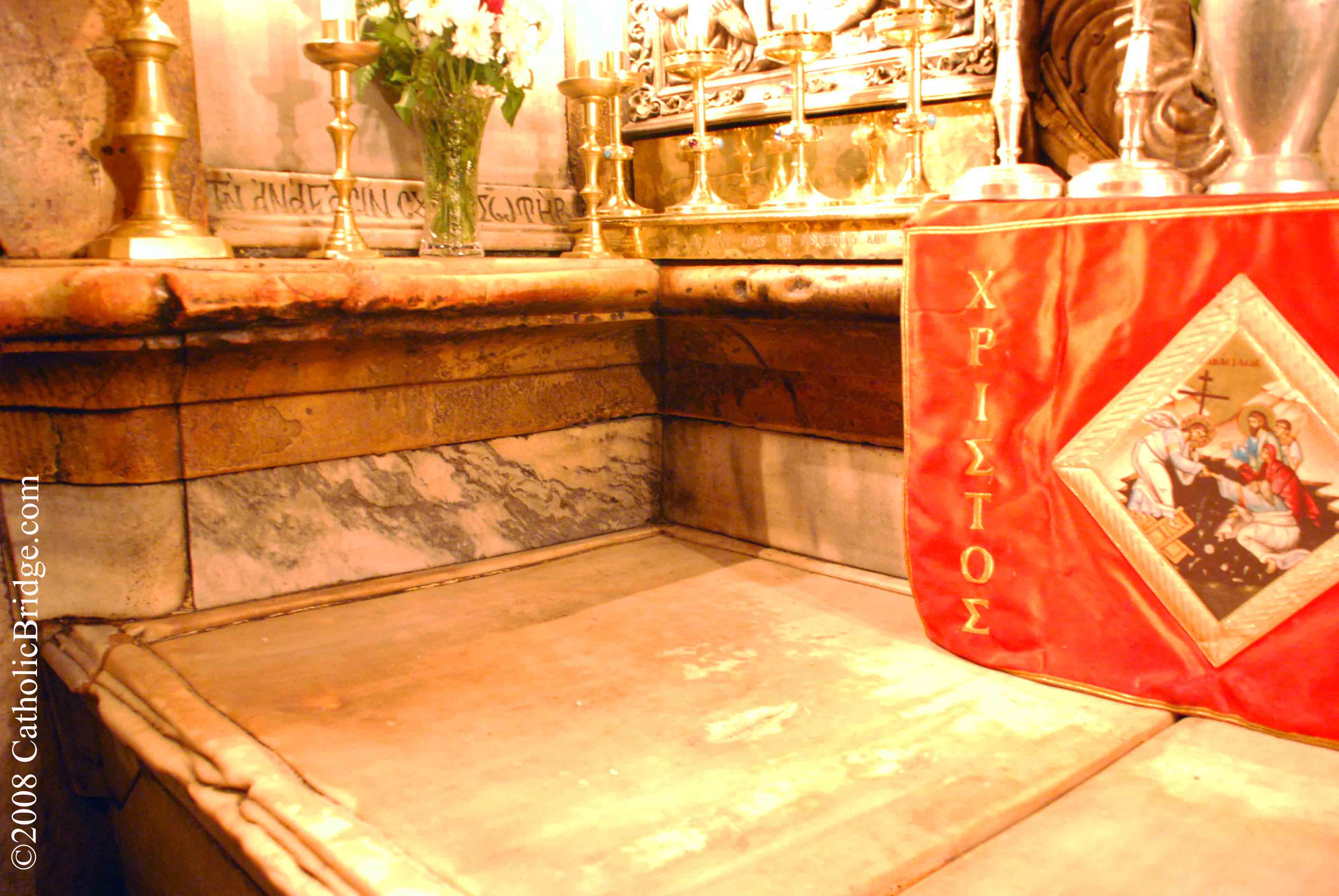 Fourteenth station: The tomb where Jesus spent 3 days... many Popes have venerated this place